A deeper, more intimate look at the characters, research, and history that informs Jan's work 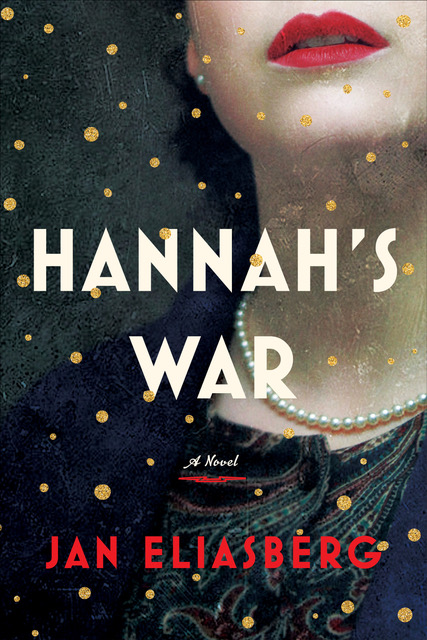 Award-winning writer-director Eliasberg's first novel was inspired by an unnamed female physicist, mentioned in a New York Times article from the day the atomic bomb was dropped on Hiroshima. Based on the real woman who discovered nuclear fission, it tells the story of what her life might have been. In 1945, Austrian physicist Hannah Weiss works in Los Alamos, New Mexico. It's discovered that research secrets are being leaked from the top-secret nuclear lab to Germany, and Hannah is suspected as a spy—but the truth isn’t always what it seems. The story then turns to 1938 Berlin, where young Hannah is dedicated to her research, but as a Jewish woman, she is often overlooked, and her ideas stolen by her German superiors. As the war unfolds, Hannah must decide when to remain loyal, and her choice will change the world forever. Eliasberg moves effortlessly between Hannah’s past and present to deliver a historical love story full of intrigue and suspense. Hannah’s War shines a much-needed light on one of the most influential women in history.

Eliasberg’s fast-paced, insightful debut explores one woman’s anxiety about helping to create the world’s first nuclear weapon. Dr. Hannah Weiss, a Jew who escaped Nazi Germany, works with the Americans on the atom bomb in 1945 Los Alamos, N.Mex., where, thanks to her exceptional talent and strong personality, she fends off men’s flirtations and chauvinistic assumptions. Hannah is alternately excited by the work and sobered by its implications, feeling a “frisson of energy and enormity up and down her arms and neck” while testing a reactor. Meanwhile, Hannah’s colleagues circulate a petition about their concerns over the dangerous weapon, causing military intelligence to open an investigation into possible subversives on the team. The lead investigator, Maj. Jack Delaney, wants to know whether Hannah is actually spying for a Nazi physicist, but Jack’s attraction to Hannah’s “starchy self-determination” distracts him from the interrogation as Hannah gains the upper hand, and suspicions, second-guessing, and simmering desire ensue between them. Clever dialogue, elegant phrasing and keenly developed characters add substance to the intrigue. Eliasberg’s triumphant tale of Hannah transcending anti-Semitism and the dangerous pitfalls of workplace romance will satisfy even the most discerning of readers. Agent: Adriann Zurhellen, Foundry Literary + Media, LLC. (Mar.) 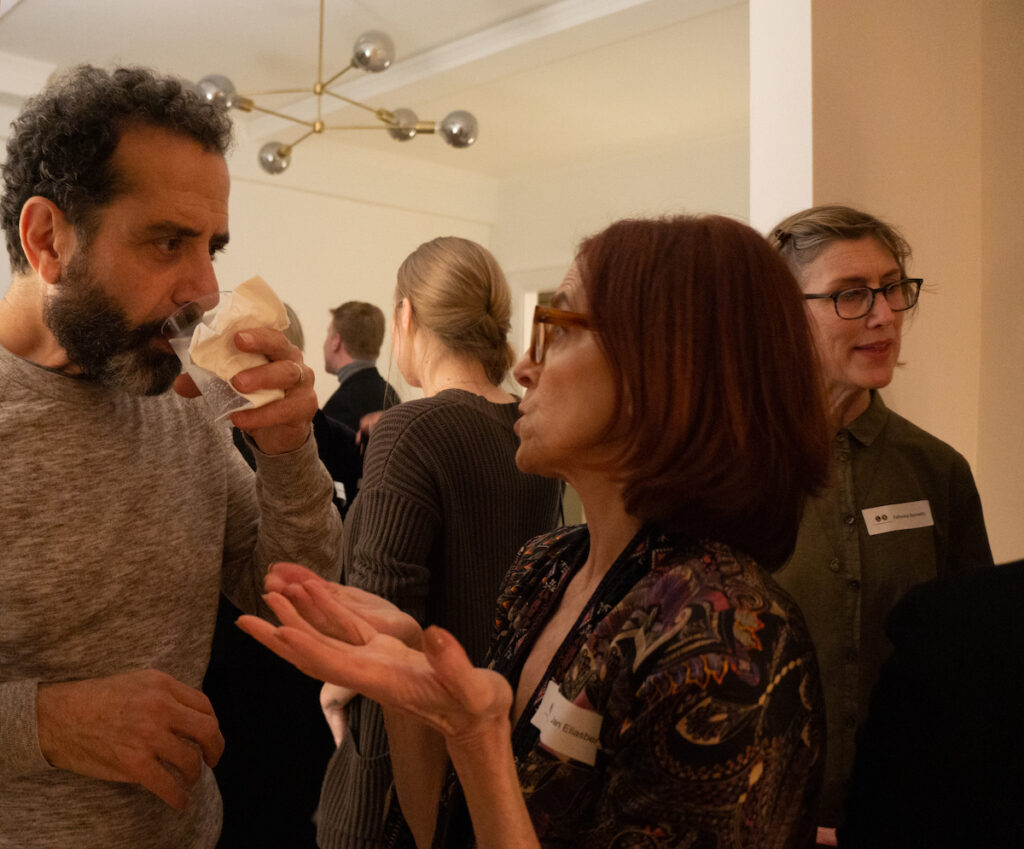 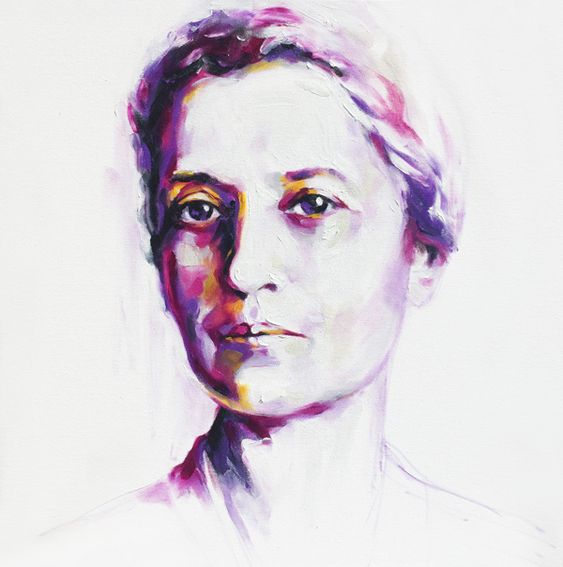 One of the great luxuries of living in New York City is having access to the Public Library’s extraordinary microfilm collection; it was there that I read the issue of the New York Times on the day the Americans dropped the atomic bomb on Hiroshima. In the Times’ summary of the complex and secret history of the Manhattan Project, one paragraph leapt off the page:

I hope Hannah's War will be a beacon for all women, in my daughter’s generation and beyond, to live not only with authenticity and pride, but also with the support and acknowledgement of the wider world.

“The key component that allowed the Allies to develop the bomb was brought to the Allies by a “female, non-Aryan physicist.’”

Who was this woman, I wondered, And why isn’t her face staring out of every science textbook?

When I read those words I knew I had to tell her story. So began a ten year quest that took me deeply into the history of the atomic bomb, and the physics that propelled it. My mystery woman was Dr. Lise Meitner, an Austrian female scientist, a Jew, working at the highest levels of research at the Kaiser Wilhelm Institute in Berlin. I tore through her diaries and letters and discovered that she and her partner, Otto Hahn, were on the verge of splitting the atom when Austria was annexed. Meitner’s privileged position, and all the protections her colleagues had promised, evaporated within six terrifying hours, as she fled Berlin within minutes of being captured and sent to the camps.

Otto Hahn, who remained in Berlin, was so dependent on Meitner that he continued to collaborate with her, even after she’d fled to Sweden. He sent her the results of their experiments on postcards via courier. It was Meitner not Hahn, who analyzed the results and discovered that they had split the atom. Because she was Jewish, the papers published in Germany did not have her name on them; if they had borne her name they would immediately have been discredited as “Jewish Physics.” It wasn’t altogether surprising to find that rabid Anti-Semitism in Germany had prevented Meitner from getting the credit she had earned.

It was surprising (although, in light of what we now know about scientists like Rosalind Franklin, or mathematicians like Katherine Johnson, perhaps it shouldn’t have been) to discover that sexism also accounted for Meitner’s erasure from history. After the war, when Hahn was awarded the Nobel Prize for the discovery of nuclear fission, he conveniently left the record uncorrected, robbing Meitner of the Nobel Prize she rightfully deserved. Hahn rationalized her exclusion and others, including a misogynist Nobel committee, buried her role ever deeper. The Nobel "mistake," was never acknowledged, much less rectified.

What I found as remarkable as Meitner’s genius was the strength of her moral compass. She cared little about ego and credit; she pursued her passion for physics because she loved nothing better, and because she understood that she had a gift she couldn’t squander. She was, in fact, quite ambivalent about her role in the scientific breakthrough that lead to the atomic bomb, as her own words reveal:

“Those blessed with a brilliant mind and a gift for science have a higher duty that comes before discovery, a duty to humanity. Science can be used for good or evil; so it’s incumbent upon scientists to ensure that their work makes the world a better place.”

I wrote Hannah's War in part to show my daughter and her peers that history is filled with remarkable women of towering achievement and of deep humanism; we need only look beyond the authorized texts to see them. I wrote to shine a light on one of these women, and I hope Hannah's War will be a beacon for all women, in my daughter’s generation and beyond, to live not only with authenticity and pride, but also with the support and acknowledgement of the wider world. 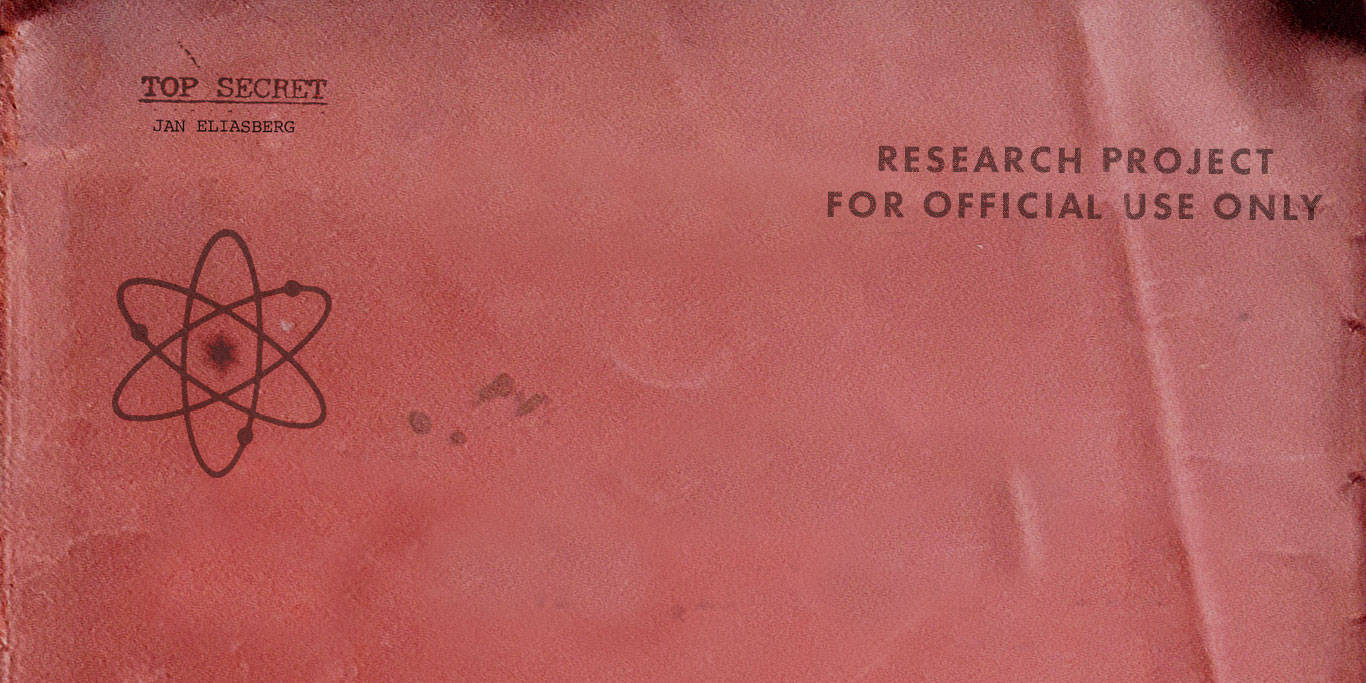 Jan answers some questions to reveal the fascinating historical background to her novel Hannah’s War.

Entranced by Research: Hannah’s War is not a Simple Biopic

Ruth Lewin Sime’s ground-breaking non-fiction book Lise Meitner: A Life in Physics, along with Meitner’s Letters and Diaries, were the building blocks for Hannah Weiss’s story.