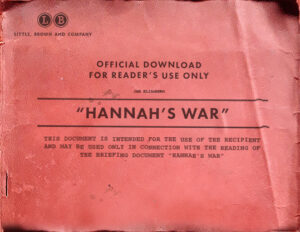 This guide has been prepared to open discussions and engagement around the themes, story, history, and characters from Hannah’s War.