DR. LISE MEITNER: THE MYSTERY OF THE DISAPPEARING PHYSICIST 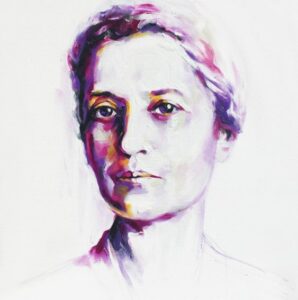 She split the atom and fled the Nazis. History tried to erase her.

In the August 7, 1945 issue of the New York Times under the headline: FIRST ATOMIC BOMB DROPPED ON JAPAN; TRUMAN WARNS FOE OF A ‘RAIN OF RUIN,’” an article traces the simultaneously terrifying and wondrous development of the atomic bomb, its scientific history, and the race between the Allies and the Germans to attain the ultimate weapon. Somewhere under the fold, buried in a dense paragraph, this sentence appears: “The key component that allowed the Allies to develop the bomb was brought to the Allies by a female, ‘non-Aryan’ physicist.” Who was this woman? Who was the female Jewish physicist responsible for the single most important scientific discovery of the twentieth century whose work had, literally, changed the world? And why isn’t her face staring out of every science textbook?

So began a ten-year quest that took me deeply into the history of the atomic bomb, and the physics that propelled it. My mystery woman was Dr. Lise Meitner, an Austrian female scientist, a Jew, working at the highest levels of research at the Kaiser Wilhelm Institute in Berlin. I tore through her diaries and letters and discovered that her primary focus, along with that of her long-term partner, Otto Hahn, was radioactivity and nuclear physics. She and Hahn were on the verge of a ground-breaking discovery when Austria was annexed. Meitner’s privileged position, and all the protections her colleagues had promised, evaporated within six terrifying hours, as she fled Berlin within hours of being captured and sent to the camps.