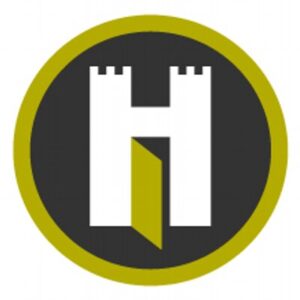 1938. Can the woman scientist, whose research laid the groundwork for the invention of the atom bomb, save the world from destruction? In the employ of a genocidal country, Austrian-born, Jewish scientist Dr. Hannah Weiss has to stand by while her colleagues at the Kaiser Wilhelm Institute in Berlin purloin her most vital pioneering discovery leading to the generation of nuclear energy. What they can’t know is that their lack of respect will enable her to reach a fateful decision, one that will influence the outcome of the Second World War and the shape of the future.

When Jack Delaney is sent to New Mexico to discover the identity of the spy who informs the Nazis about the laboratory work undertaken by J. Robert Oppenheimer at Los Alamos, his suspicion falls upon refugee Hannah Weiss. At once attracted by her beauty and repelled by the force of her personality, he is certain she harbors a treacherous secret and sets out to break her silence during a three-day-long interview. But the clever Hannah turns the tables on him, and so it is unclear as to who will hold the upper hand in this battle of scientific responsibility versus moral certainty.

An exhilarating war thriller, Hannah’s War moves at breakneck pace between 1930s Berlin and 1940s New Mexico. A paean to Lise Meitner, it is the compelling portrait of a woman who combined a lively scientific curiosity with an impassioned personal ethic. Jack, the smart, but flawed hero of the Liberation of Paris, is Hannah’s perfect foil, and the sparring between the two opponents generates a fine narrative tension. One can easily imagine a cinematic rendering.