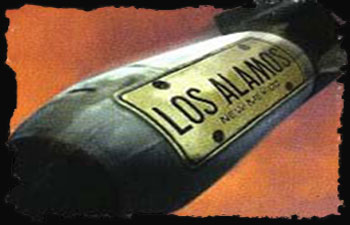 Heart Of The Atom

As the Allies race to develop the atomic bomb, an Army Intelligence Officer is sent to investigate a possible leak from the Manhattan Project and falls in love with his main suspect, a brilliant German emigree physicist.

He quickly suspects DR. HANNAH WEISS, a brilliant and beautiful German emigre, when he discovers that she has been in secret correspondence with the Head of Germany’s Nuclear Research Program—STEFAN FREY, the man Hannah may still love.

As Jack investigates, he learns not only how Hannah, a Jewish scientist, managed to escape Nazi Germany, but also of her continued ties to Stefan. And as Jack starts to fall in love with Hannah, he reveals to her secrets of his own.

HEART OF THE ATOM was inspired by Lise Meitner, the brilliant Austrian physicist who discovered nuclear fission. Her scientist partner, Otto Hahn, took advantage of the fact that she was female and Jewish and claimed sole credit for their work after Meitner fled to Sweden to escape the Nazis.

HEART OF THE ATOM tells the story of a woman whose face should be staring out of every science book in the world. Instead, no one even knows she exists.

Although the scientific, political, and moral dilemmas are compelling, Heart is fundamentally a great love story – a sweeping, epic romance in the tradition of The English Patient.